In the last article we outlined a brief history on the development of capital markets in Zimbabwe, leading to the landmark decision to award the tender to Chengetedzai Depository Company Limited in 2010 by the Securities Exchange Commission. CDC was mandated to set up Zimbabwe’s first Centralised Securities Depository (CSD).

This week we examine the concept behind CSDs, their development over time, and their role in Capital Markets.

A CSD is a depository where investments are kept in electronic (de-materialised) form for ease of trading and safe keeping.. It is central in that all investments, particularly shares in a country are stored to facilitate efficient trading on stock and commodity exchanges. However in practice, no country has ever achieved 100% central storage of all issued shares.

A security is a financial asset which has a monetary value and is usually represented as a certificate which details the owner, the value, the issuing organisation and a serial number.  Securities can be grouped into three broad categories:

These instruments are traded in the financial markets of an economy through various entities that include stock exchanges, commodity exchanges. The most commonly known are shares which represent the holder’s investment in the ownership of the company that issued the security. Debt securities and derivative contracts are for more sophisticated (mostly institutional) investors who usually have more financial resources and the technical capacity to deal in such instruments.

Custody – in essence a service consisting in holding (and normally administering) of securities on behalf of third parties – has its roots in physical safekeeping. In the days when securities existed only in paper form, investors needed a safe place to keep these certificates of value. That safe place could either be their own premises (which however then needed to be adequately protected) or those of a safekeeping service provider (banks with their vaults were a natural choice at that time). The custody industry has evolved, in step with the growth of sophisticated financial markets, into a complex industry that is no longer characterised by physical safekeeping only, but by a range of information and banking services.

Nowadays, custody is offered by a variety of institutions, primarily by brokers, commercial banks and investment banks. These providers have developed specialised services that cater for different customer segments.

Banks were the natural providers of physical safekeeping services as they would usually have strong vaults for the holding of cash and other valuables taken for deposit. Having the physical securities in safekeeping enabled the “custodian bank” to provide additional services related to settlement and asset servicing. These include:

Generic issues associated with physical securities include forgeries, genuine loss, theft, damage/destruction as well as risk and delays in transmitting them between buyer and seller. These problems are magnified as the market grows in terms of number of companies going public and the level of trading on the stock exchanges.

With high trading volumes, the movement of massive volumes of physical securities could cause delays and errors that would result even in more delays. This is particularly so for foreign investors trading on the local bourse , for example an investor in London may be active on the Zimbabwe Stock Exchange and it would be cumbersome as well as time consuming for the investor to receive the shares they have bought and send those they are selling for each trade. In order to address these issues, Central Securities Depositories (CSDs) were introduced to serve as safe, central storage places for securities in electronic forms or ‘immobilised’ or ‘dematerialised’ form. This setup eliminated physical movement of shares and thus when a trade occurred, change of ownership was effected by way of “book entry settlement” – subtract from the seller’s account and add to the buyer’s account.

It is not too difficult to see that immobilisation of securities is exactly the same concept when physical bank books were eliminated and the ATM card became the key to access the account for transacting purposes – hence it is often said that the CSD is to securities what the Central bank is to the different currencies.

In addition to eliminating inefficiencies that are inherent in a paper system, empirical evidence indicates that volume trades in capital markets (velocity and volume) increase as a result of perceived efficiency and security. However, in Zimbabwe there is need for a deliberate education campaign to educate holders of securities to immobilise.

In Europe, immobilisation of share certificates started at the end of the 19th century in Germany and the UK completed immobilisation in the European Union in 1996. In the US, the paperwork crisis in the securities industry that developed in the late 1960s served as a catalyst that generated deep concern within Congress and the Securities and Exchange Commission (SEC) resulting in an acceleration of the immobilisation and book-entry transfer of securities by a central service provider.

A CSD is therefore a platform underpinned by ICT that brings efficiency in capital market trading activities as well as facilitating improved risk management. The next article will discuss in more detail the legal framework requirements for CSD’s, the key players in a capital market and their role in the operation of a CSD – this includes you, the investor. 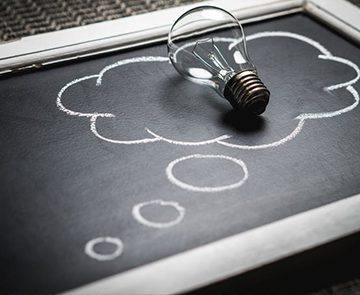 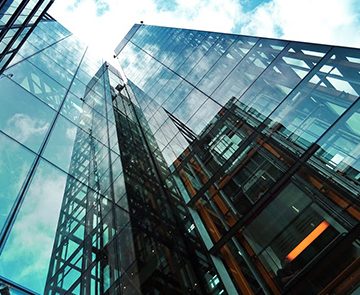 CSD – Coming of Age in Capital Markets In Zimbabwe

Dematerialisation – The move away from securities paper